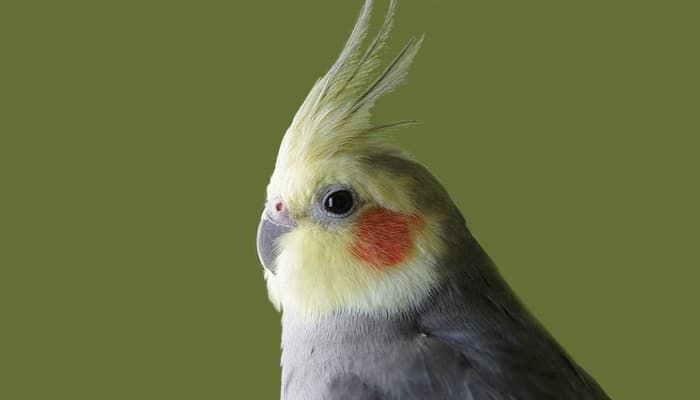 If you own a cockatiel, you’ve probably notice plenty of poop in the cage but not much pee and so you’re wondering do cockatiels pee? Do they pass urine? The answer is yes, cockatiels do pee but not in the same way as most other mammals and humans.  To help you understand, let me give you a very quick biology lesson:

How humans and animals pee

However, in most birds, including cockatiels, the anatomy is different. Birds do not have a bladder and they also do not have a urethra. In birds, the kidneys produce the urine by pulling in excess nitrogen from the body. Then the kidneys pass the urine directly to the “cloaca” via the ureter. This “cloaca” is unique to birds and other small animals.

So what is the “cloaca”? To keep things simple, as far as excrement is concerned, the cloaca has two inputs and one output. The two inputs are:

The one output from the “cloaca” is the bird’s “vent” which is on the underside of the bird at the back end. The cloaca has two internal chambers, one for the urine called the “urodeum” and one for the poop from the intestines called the “coprodeum”. When the bird poops, both chambers merge and are then emptied and the contents (pee and poop) are flushed out of the vent at the same time.

(For completeness to the biology lesson above, the “cloaca” also also has another input which is part of the reproductive system and therefore totally unrelated to pee or poop – the “oviduct” in female birds and “ductus deferens” in males)

So to sum up – Cockatiels’ urine is mixed up with its poop and eliminated from the body via the vent.

As explained above, bird poop and pee are eliminated together. So how do you know which is which?  Well the pee is the bright white part. It’s actually made up of white crystals and contains very little liquid. It’s kind of like a white paste.

Why is it a white paste?  Well in birds, the kidneys convert the excess nitrogen into something called uric acid and that is white. Uric acid is not toxic so it doesn’t need to be diluted with water in the body. That is why it’s a thick white paste. The advantage for the bird is that it gets to conserve water.

As a comparison – In humans and most mammals, the kidneys convert the nitrogen into urea which is a yellow material and slightly toxic. Since it’s slightly toxic, the body dilutes it with water. That is why human and animal urine is a yellow liquid.

The stool is everything except the white paste. What that looks like depends on the species of bird, what it has been eating and whether or not the bird is in good health.

A healthy cockatiel’s stool will be solid and a dark green/brown color. If the bird has diarrhea, it will be a runny liquid, rather than a solid consistency.

I will discuss cockatiel poop in healthy and sick birds in more detail in a separate article.

1 thought on “Do cockatiels pee?”